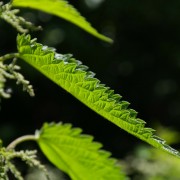 Following EFSA’s conclusions on Glyphosate renewal and the divergent IARC (International Agency for Research on Cancer) report finding a potential carcinogenicity of Glyphosate or plant protection products containing Glyphosate, EFSA had been seised again by the European Commission to review IARC findings.

As we explained in our 2 articles of 11/16/2015 “GLYPHOSATE: EFSA conclusion on the peer review, unlikely to be carcinogenic” and “POE-tallowamine (Glyphosate coformulant): EFSA toxicological assessment“, EFSA concluded that it was unlikely that Glyphosate presents a carcinogenic risk to humans. The assessment took into account a number of elements, including a number of studies not evaluated by IARC, which explained in part why the two assessments reached different conclusions.

In parallel, Anses was seised on April 8, 2015 to analyse the data of IARC monograph and those of the European assessment to say whether these were “likely to support a proposal to amend the classification of Glyphosate according to the rules defined in Regulation (EC) No.1272/2008 (CLP) regarding carcinogenicity. “

On October 16, 2015, Anses entrusted the investigation of this referral to an Emergency Collective Expert Assessment Group  (GECU), and in addition, asked the group to identify whether the results of the genotoxicity studies on Glyphosate representative preparation of the European review should lead to further studies on coformulants and/or on preparations.

GECU analysis showed that these differences can be explained in terms of the selection criteria of the studies and the methodology of establishment of the final proof level.

The GECU states that “in view of all the results, the level of evidence of Glyphosate carcinogenicity in animals can be regarded as relatively limited. It is unlikely that Glyphosate has a potential effect on endocrine disruption of dependent pathways of estrogen regulation; further studies could confirm this. In addition, the level of evidence of the genotoxicity of Glyphosate in animals can be considered relatively limited, however additional data will have to be provided regarding preparations containing Glyphosate.”

GECU concludes that “given the one hand, the deadlines for the investigation and secondly, the very large number of studies and publications available, the analysis of the working group was based exclusively on the EU and IARC reports and not directly on the study reports containing raw data, and on the published scientific literature. Consequently, GECU is not able to decide on a classification in category 2 or a no-classification according to Regulation (EC) No.1272/2008. However, the working group believes that the analysis that has been conducted shows that the level of evidence of carcinogenicity in animals can be considered relatively small and does not allow, according to Regulation (EC) No.1272/2008, to classify glyphosate in terms of carcinogenicity in class 1B. “

Given the results of this expertise, Anses consider necessary that Glyphosate classification is promptly reviewed by ECHA.

GECU work regarding the potential genotoxicity of coformulants continues and will be subject to an additional report in April 2016.

On February 12, 2016, Mrs. Ségolène Royal, Minister of Environment, Energy and Marine, received Anses findings. She then requested Anses “to re-evaluate immediately all preparations containing glyphosate and co-formulants of tallowamines family and invite them to withdraw by the end of March 2016 the approvals of plant protection products presenting concerns.” 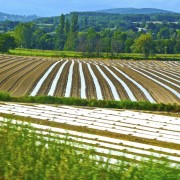 It aims to fight against stereotypes and misperceptions concerning plant protection products. 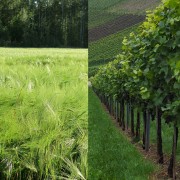 Two new national memos on resistance have been published:

This note, co-written by representatives from INRA, ANSES and ARVALIS – Plant Institute, draws up an inventory of resistance to fungicides used against foliar diseases of cereals and gives recommendations to reduce the risk of resistance and to maintain a satisfactory efficacy. 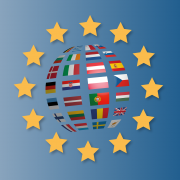 COMMISSION IMPLEMENTING REGULATION (EU) 2016/183 of 11 February 2016 amending Implementing Regulation (EU) No 686/2012 allocating to Member States, for the purposes of the renewal procedure, the evaluation of the active substances whose approval expires by 31 December 2018 at the latest

Lynxee consulting’s team is at your disposal to prepare your AIR4 renewal dossiers. 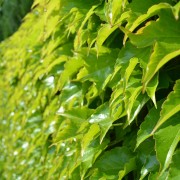 In France, a memo was issued on January 27, 2016 by the Directorate General for Food (DGAl) to clarify the protective measures that can be implemented near places with vulnerable people, provide guidance on arrangements for defining the minimum distance required, define physical protection measures in case of new construction.

It is a “toolbox” available to the department prefects to enable them to better understand the local situation, in the current state of knowledge.

This memo follows Article 53 (in French) of the law for the future of agriculture, food and forestry (LAAAF) of 13 October 2014 that identifies enhanced precautionary measures to protect vulnerable people during the product application.

Article L. 253-7-1 (in French) of the Code rural and maritime fishing is directly applicable as it is.

Clarifications of the memo:

If protective measures cannot be implemented, or if their effectiveness is insufficient, a minimum distance below which the use of pesticides near places with vulnerable people is forbidden must be defined:

For example, the following minimum distances lead to less than 1% of drift:

In case of new construction of a facility:

Memo DGAL / SDQPV / 2016-80 of 27.1.2016 (in French): Application of enhanced precautionary measures to protect vulnerable people during plant protection products application under Article 53 of the law for the future of agriculture, food and forestry (LAAAF) of October 13, 2014 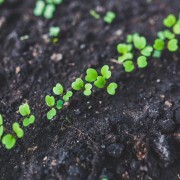 The Order defining the conditions for exemption from application for experimental trials and tests of plant protection products and adjuvants was published in the French Official Journal of 13/02/2016 and entered into force the following day.

If trials and tests covered by article D. 253-32 of the Code rural and maritime fishing meet the conditions synthesised in the table below, a trial permit is no longer necessary. Just make a statement by filling in the appropriate form and sending it by post or by e-mail to the dedicated e-mail address  damm.essais@anses.fr at least 10 days before the implementation of the trial.

If trials and tests do NOT meet the conditions of surface areas and amounts described in the table below, an application for trials permit must be submitted in accordance with current procedure (Decree N°2012-755 of 9 May 2012).

It has to be noted that the Order treats the particular i case of chemical mediators (e.g. Pheromones) tested in large plots.

Documents to be downloaded (in French) :

Lynxee consulting’s team is at your disposal to answer your questions and take care of your trials declaration. 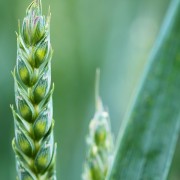 In France, Stéphane Le Foll, Minister of Agriculture restated his opposition to neonicotinoids ban on January 18, 2016 at the presentation of the beekeeping new sustainable development plan (in French):

“There are topics related to neonicotinoids and agrochemical issues. First I integrate this in the general approach related to agrochemicals. I do not seek to separate them. For Neonicotinoids an Opinion from Anses was issued, which was sent to the Ministers of Agriculture, of Health and of Environment. We will work on this Opinion. But for example, if I apply immediately Anses recommendations, it would be completely contradictory especially with crop rotation issues since if we use a year seed coated with neonicotinoids in a field, the year after honey crops cannot be sown. It would mean that at that time I limit my rotation capabilities. So I need to take some time and discuss how we can reduce the use of neonicotinoids, ensure that it is compatible with beekeeping production because a lot has been done at EU level thanks to France. But we need to continue to pursue because we know that there are important issues and we can continue only if we offer ways to farmers to be able to take this kind of choice. Because if there are no alternatives, if there are no other solution than the ban, I end up with farmers who, rightly say: but we are losing our production. And if we lose our production we lose our goal so it is not acceptable. That is why we will set up a working group, which will incorporate the issue of neonicotinoids and then more generally the agrochemicals.”    Stéphane Le Foll

This text is to be adopted within three months following the promulgation of the Biodiversity law.

It must now undergo a second reading in the National Assembly. 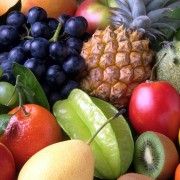 In 2013, EFSA’s Panel on Plant Protection Products and their Residues published a general methodology for classifying pesticides into cumulative assessment groups (CAGs). http://www.efsa.europa.eu/en/press/news/130712

In 2015, the software – known as the Monte Carlo Risk Assessment (MCRA) tool – has been developed to process CAGs containing up to 100 active substances.

“This is an exciting and significant development. Progress has been made in developing an approach for carrying out reliable exposure assessments of multiple pesticides, which takes us a step closer to our ultimate goal: to carry out comprehensive risk assessments of the combined effects on humans of pesticides, rather than just individual chemicals.”

Over the coming years, CAGs will be defined for other organs, tissues and systems. Data is already being collected to define groups of pesticides that affect the liver, kidneys, eyes, and the reproductive and developmental systems.

Experience gained in the initial assessments will be used to optimise the tool to ensure its fitness for purpose in the context of regulatory decisions on applications concerning maximum residue levels (MRLs) of pesticides in food.