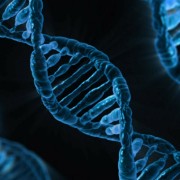 During the EFSA peer review of pesticide active substances under Regulation (EC) No. 1107/2009, several aspects in the area of mammalian toxicology were identified by EFSA that needed discussion with experts from national Authorities in order to enhance the harmonisation of the risk assessment of active substances.

The majority of experts agreed with EFSA proposal to re-open old studies: applicants should provide updated robust OECD summary reports and RMS should re-evaluate them. Changes to first approval conclusion should be clearly indicated in the RAR.

The experts agreed that studies for active substances conducted before July 1993, although not fully compliant with GLP requirements or with current test methods, may be integrated into the assessment, when accepted by the competent authorities as scientifically valid, appropriate (e.g. mechanistic data) and acceptable (pending availability of raw data and well documented study report).

For old studies, it was clarified that, in the section about physicochemical properties and analytical methods, it can be concluded that the method is not validated according to current guidance but is nevertheless fit-for-purpose and supports the toxicological studies. In the cases where the method is not considered fit-for-purpose, a case-by-case evaluation should be performed and the experts agreed that repeating a study would be an extreme case (generally not required).

The experts supported the EFSA proposal to ask for additional toxicokinetic parameters and in vitro metabolism data in the renewal dossier, according to the data requirement in Regulation (EU) No. 283/2013.

As a first step, the experts supported the need for guidance on in vitro metabolism, in order to satisfy the data requirement.EFSA could be mandated for that. As a second step, other toxicokinetic endpoints should be addressed in further guidance, in order to address inter-species and intra-species variability (e.g. in relationship with bioavailability, phase 2 metabolism, transporters, etc.).

The UK Committee on Mutagenicity (2013) recommends that if there is a negative response from the phototoxicity test, no photomutagenicity test is required; in the case the test is positive, no specific guidance is provided. The experts agreed that the concern regarding positive results in the phototoxicity test should be raised to the risk managers in the conclusion of the peer review. In addition, the experts agreed that photomutagenicity testing is not required for the time being, unless further guidance is provided.

The experts proposed that the phototoxicity test should not be performed if it has been demonstrated that the test material only absorbs at wavelengths lower than 313 nm and there is insufficient absorption at longer wavelengths to trigger testing in the absence of further guidance.

The majority of experts overall agreed that the applicant can provide a Comet assay or a test with transgenic rodent gene mutation assay according to the EFSA Scientific opinion on genotoxicity testing strategies applicable to food and feed safety assessment (EFSA Scientific Committee, 2011). One expert maintained that the in vivo UDS assay may still be a valid and acceptable test under certain circumstances.

Exposure to the test tissue (such as cell toxicity or toxicokinetic data) should be demonstrated in the in vivo genotoxicity tests.

The discussion was mainly focussed on metabolites since for active substances toxicokinetic studies can be used to demonstrate exposure of the target tissue (e.g. bone marrow).

The experts did not reach a consensus. EFSA commented that the genotoxic potential of a metabolite should be clearly excluded, in particular when carcinogenicity and reproductive toxicity studies on the metabolite are not available. Information regarding validation of the method of analysis should be provided when toxicokinetic investigations (e.g. plasma concentrations of non-radiolabelled compound) are conducted.

The relevance of groundwater metabolites needs to be assessed according to the EU guidance (European Commission, 2003) and will not be further discussed under this point.

For the assessment of the toxicological profile of metabolites found as residues (plant and livestock), no guidance document is currently implemented and a case-by-case approach is used.

Compliance of the batches used in toxicity studies compared to the technical specification:

The experts agreed that a critical area of concern should be raised when no information is provided on the detailed composition of batches used in toxicity studies, and the toxicological relevance of the impurities in the technical specification cannot be clearly excluded.

Monitoring of product quality for manufacturing and trading:

The majority of experts considered that interim criteria will be applied until final criteria are implemented.

A case-by-case basis approach is suggested for the time being. In case the data is very poor during the renewal process, a data gap may be identified in the EFSA Conclusion.

For substances with harmonised classification and labelling as carcinogen category 1A or 1B and/or as toxic for reproduction category 1A or 1B the applicant should clearly indicate at the time of application if they apply for negligible exposure or/and essential use (article 4(7)) and evidence should be provided to demonstrate it. EFSA acknowledged that no final agreed guidance is currently available. A draft technical guidance is available for negligible exposure (European Commission, 2015). Protocols under development and close to finalisation will be available for essential use.

EFSA would recommend RMS to submit CLH report to ECHA before RAR is submitted, so RAC Opinion is available before EFSA Conclusion is finalised.

The experts discussed the issues of peer reviewed papers and GLP studies. The ToxRTool is considered a useful tool for an independent quality assessment, but further improvement would be welcome since ToxRTool lacks assessment of bias. BfR is intending to publish a similar tool taking into the limitations.

For the mammalian toxicology section, the literature would mainly indicate alerts that would need to be clarified by the applicant. Literature should be considered in a weight of evidence approach, on a case-by-case basis.

These recommendations will be applied during the EFSA peer review of the active substances, and are expected to provide additional clarifications to applicants and rapporteur Member States regarding the scientific interpretation of the relevant guidance documents when preparing the dossiers and the renewal assessment reports. 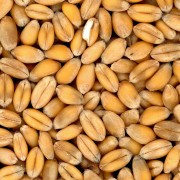 The AIR 4 working document has just been published by DG SANTE. This document provides an overview of indicative submission dates for supplementary dossiers for the renewal of substances expiring between 1 January 2019 and 31 December 2021. It is foreseen that the document will be updated regularly.

For group 1 (51 substances with expiry date before 30/04/2019), the expiry dates will not be postponed since they have the earliest expiration dates.

Substances from group 2 (38 presumed low-risk substances)  have priority. However, because the majority of substances in both Group 1 and Group 2 have expiry dates in 2019, all substances in Group 2 will be postponed by one year. Further extensions are still possible.

For group 3 (15 substances that may be expected to fall under the “cut-off” criteria of Regulation 1107/2009) the expiry dates will not be postponed. 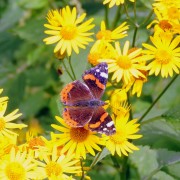 After its definitive approval by the Parliament on 20 July 2016, and its validation by the Constitutional Council on 4 August 2016, the law for biodiversity regrowth, nature and landscapes was published in the French Official Journal on 9 August 2016.

It took more than two years of legislative procedure for the bill to be written in national law. The final version contains 174 articles.

The key measures of this law include:

– the creation of the French Agency dedicated to biodiversity (“AFB”), bringing together four existing organisations (National office for water and aquatic environments, Agency for the protection of marine environments, Establishment for French national parks, Institute for natural spaces called ATEN) and being operational from 1st January 2017 with a staff of 1200 employees;

– the inclusion of the principle of compensation of ecological damage (“polluter pays” principle) in the civil code;

– the inclusion of several principals in the Code of the Environment such as “non-regression of  environmental protection” and “no net loss of biodiversity“.

In the pesticide field, neonicotinoids ban was adopted. Indeed, article 125 sets that the use of products containing active substance(s) from the neonicotinoid family and the use of seeds treated with these products is forbidden from 1st September 2018. Exemptions may be granted until 1 July 2020 by joint Order of the Ministers in charge of Agriculture, Environment and Health. The Order will be based on the evaluation by Anses of the benefits and risks linked to the uses of authorised plant protection products containing neonicotinoids compared to the uses of available substitution products and alternative strategies (‘comparative assessment’). The assessment will cover the impacts on the  environment, in particular on pollinators, on public health and on agriculture. The assessment  will be made public.

Moreover, for non-professional users, the self-service sales of plant protection products is widened by article 125 to products authorised for organic farming (Article L.254-7 of the French Rural Code, previously modified by the law No.2015-992 of 17 August 2015 regarding energy transition). As such, biocontrol products, products based on basic substances only and products authorised for organic farming will continue to be sold in self-service to amateurs after January 1, 2017.

Among the laws’ measures, it can also be highlighted that patenting products obtained essentially by biological means is forbidden and that the public domain varieties can be freely exchanged or given for free between amateur gardeners or farmers.

FRANCE: Focus on the bans of Amenity uses and Home & Garden products 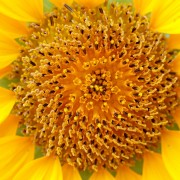 Lynxee consulting will participate to the annual Chemical Industries Regulations Conference (CIR) held by Informa on 7-8 September 2016 in Nice. For the plant protection industry, this new edition of Agbio Summit will be organised around four sessions: 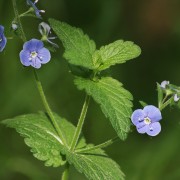 Regulation (EU) 2016/1313 amending Implementation Regulation (EU) No 540/2011 as regards the conditions of approval of the active substance glyphosate was published on 2 August 2016.

Further to the extension of Glyphosate approval by the European Commission, this Implentening Regulation sets the following “Specific Provisions” of approval:

– must pay particular attention to risks from the use in areas used by the general public or by vulnerable groups, such as public parks and gardens, sports and recreation grounds, school grounds and children’s playgrounds and in the close vicinity of healthcare facilities;

– must pay particular attention to compliance of pre-harvest uses with good agricultural practices.

Member States shall ensure that plant protection products containing glyphosate do not contain the co-formulant POE-tallowamine (CAS No 61791-26-2).

These new conditions of approval enter into force on the twentieth day following that of its publication.

EUROPE: The Commission adopted the extension of Glyphosate approval for 18 months