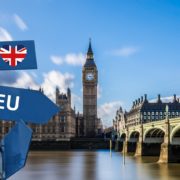 The HSE (Health and Safety Executive) has published on its website information concerning Brexit whose transition period soon expires on 31 December 2020.

The HSE will remain the sole national regulator for the whole UK.

Firms are informed on how to prepare different kind of dossiers in Great Britain:

– For PPP authorisations: For the existing ones, they will continue to be valid until their current expiry date. For new applications, same data requirements and same formats as actual will be required by HSE. Active substance must be first approved in Great Britain to be used in a PPP.

– For MRLs: Great Britain will set MRLs based on their assessments but all existing MRLs will remain valid until they are amended. 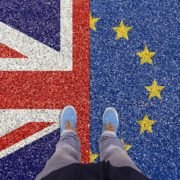 On 31 January 2020 at midnight, the UK left the European Union. The European rules will continue to apply during a transition period that will end on 31 December 2020. This transition period could be extended to end of 2021 or 2022 if such a decision is taken by 1st July 2020.

After this transition period, any application for mutual recognition or parallel trade permit under administrative completeness check will be rejected. Moreover, any application under scientific evaluation or decision process will result in a refusal.

The authorisations granted by mutual recognition before the date of withdrawal of the UK will not be affected by the Brexit. 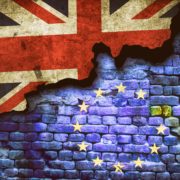 The Health and Safety Executive (HSE) have issued technical notices detailing what will happen if the UK leaves the EU without an agreement (‘no deal’).

Regarding PPPs, in a no deal scenario, the UK would establish an independent standalone PPP regime, with all decision making repatriated from the EU to the UK. HSE would continue to operate as the national regulator.

All current active substance approvals, PPP authorisations, and Maximum Residue Levels (MRLs) in place on 29 March 2019 would remain valid in the UK after the Brexit, so businesses could continue to trade and products would continue to be available.

After the Brexit, all applications for products to be authorised in the UK, and all active substances and MRLs would be considered under the national regime. The format of applications and basic data requirements would remain the same as under the current regime. Applications for EU approvals would need to be submitted separately to the EU for their consideration.

To ensure that processes run smoothly, there would be an extension of three years to active substance approvals which are due to expire in the three years after the Brexit. This would provide time for establishment of national renewal arrangements.

Applications which are being considered by the UK at the point of exit will be progressed to completion under the national regime.

At medium or long-term, HSE envisage developing a UK legislation divergent from the EU legislation.

UK: Notice on the BREXIT impact for applicants 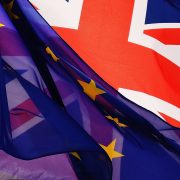 This Notice from DG SANTE reminds applicants that, unless the withdrawal agreement (‘Brexit’) establishes another date or the period is extended by the European Council, all Union primary and secondary law ceases to apply to the United Kingdom from 30 March 2019 (‘the withdrawal date’). The United Kingdom will then become a ‘third country’.

In view of the considerable uncertainties, in particular concerning the content of a possible withdrawal agreement, all applicants for an active substance or plant protection product are reminded of certain legal repercussions.

As regards submissions of new applications, applicants should take into account the expected timelines of different regulatory procedures in which the UK would be acting and should consider taking the relevant actions. For example, where there is a risk that those procedures are not concluded by the date when the UK will leave the Union, applicants may choose by preference another Member State to carry out the evaluation or assessment.

Concerning those on-going procedures for which the UK is currently carrying out an assessment or evaluation, applicants  should carefully monitor their progress. Where there are clear indications that the procedure will not be concluded by the withdrawal date, taking account of the uncertainties as well as the regulatory framework, applicants  should consider taking the necessary actions. For example, a change of the rapporteur or evaluating Member State may be required.

The Commission Services are working with Member States and EEA countries in order to establish a coordinated way forward for a timely communication, agreement and technical transfer of the file in case that change is needed. This will be particularly relevant for the review programme of existing active substances, for which the UK was assigned by law (Commission Implementing Regulation (EU) 686/2012) as rapporteur and co-rapporteur Member State.

The Commission Services stand ready to provide further clarification and will provide a series of Questions & Answers (Q&A) in relation to Regulation (EC) No 1107/2009 and Regulation (EC) No 396/2005. They will be made publicly available on a dedicated page of the Directorate-General for Health and Food Safety: http://ec.europa.eu/food/plant/pesticides/approval_active_substances_en

This page will be updated with further practical information and relevant Q&A pairs, and will be subsequently expanded, where necessary.