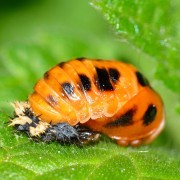 Lynxee consulting will participate to the annual French IBMA Conference which will be held on 31 January 2017 afternoon in Paris. Ground realities, perspectives, education, etc. are some of the topics that will be covered by the four panel discussions:

Details to subscribe to the conference – mandatory (in French) 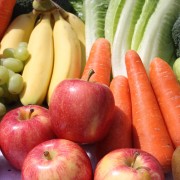 The EFSA Panel on Plant Protection Products and their Residues (PPR Panel) has published a guidance on the establishment of the residue definition for dietary assessment. The residue deﬁnition for risk assessment is used by risk assessors to evaluate the potential risk of dietary intake of residues resulting from the application of a pesticide.

The guidance describes a stepwise approach starting with the compilation of an inventory of identified metabolites and the assessment of their genotoxicity endpoints (Module 1), followed by the assessment of other regulatory endpoints of toxicity (termed ‘general toxicity’; Module 2). The assessment is based on factual information (derived from toxicological data, metabolism data) and non-testing methods and tools ((quantitative) structure–activity relationship ((Q)SAR), read-across, threshold of toxicological concern (TTC)). For every single metabolite, this screening generates an inventory of toxicity complemented with dietary exposure information for consumers and livestock. All together the toxicity and exposure information forms the basis to estimate the contribution of each metabolite to the toxicological burden for consumers and to derive the final proposal of the residue definition for dietary risk assessment (Module 3). The scenario-specific information has to be completed by a list of identified uncertainties deemed relevant for decision making by risk managers.

The guidance document is complemented with three practical case studies that are intended to demonstrate the applicability of the proposed decision scheme.

Although the guidance document and the case studies describe EFSA’s current thinking on this topic, this has to be viewed as recommendation only. However, it is expected that scientifically justified evidence is given when deviating from the decision scheme described in this guidance document.

Guidance on the establishment of the residue definition for dietary risk assessment (EFSA Journal 2016;14(12):4549) 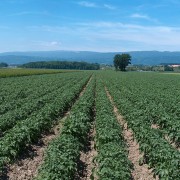 On 6 July 2016, the French Council of State had asked to the Ministry of Agriculture to repeal the Order of 12 September 2006 concerning the placing on the market and the use of plant protection products within six months for procedural grounds. Indeed, the French Council of State had concluded that some provisions of the text should have been notified to the European Commission and to other Member States.

The present draft Order aims at updating the provisions of the Order of 12 September 2006. It thus sets the maximum wind speed beyond which products cannot be applied, the pre-harvest intervals (PHI) and the re-entry intervals for agricultural workers after application. The draft Order also sets provisions in order to prevent point source pollution from pesticide effluents, in particular from land application and draining. In addition, the draft Order includes provisions aiming at preventing water contamination from drift or from runoff.

After many developments, this draft brings finally only few modifications compared with the text of 2006. In order to implement the Council of State decision as early as possible, the French authorities had indeed indicated their intention, as a protective measure, to notify the current provisions of the Decree of 12 September 2006 to the European Commission.

The main change set by the draft Order deals with re-entry intervals after application. The list of products with a re-entry interval of 48 hours has been expanded to products having CMR hazard statements (carcinogenic, mutagenic or toxic to reproduction). However, in the case of a « motivated, not expected and not predictable or imperative need », these intervals can be reduced to 6 or 8 hours provided personal protective equipment (PPE) required for the application phase is worn, or provided a tractor with a cab equipped with an active carbon filter (if such filter is required for the application phase) is used.

The draft Order is submitted to public consultation from 13 January till 3 February 2017 included.