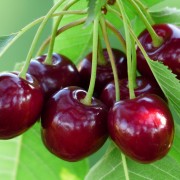 In France, as announced in our article of 18 April, and following the refusal of the European Commission to ban the use of dimethoate at European level, France has issued an order suspending until 31 December 2016 the import and placing on the market in France of cherries from Member-States or countries outside the European Union where dimethoate is authorised for the treatment of cherries. However, importation of organic cherries is still allowed. 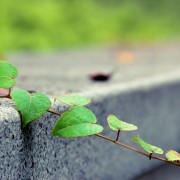 On 13 April, the European Parliament adopted a resolution for a 7-year renewal period for Glyphosate, including a number of restrictive measures: a ban on the sale for use in amateur gardens and public parks.

The Commission is also asked to rapidly ensure an independent review of the overall toxicity and classification of glyphosate based on all available scientific evidence, including that relating to carcinogenicity of glyphosate, as well as possible endocrine-disruptive properties.

The Commission and EFSA are also asked to disclose immediately all the scientific evidence that has been the basis for the positive classification of glyphosate and the proposed re-authorisation.

Although this resolution is not legally-binding, it will influence the final proposal of the Commission that should be voted in May 2016 before the expiry date of 30 June 2016.

European Parliament resolution of 13 April 2016 on the draft Commission implementing regulation renewing the approval of the active substance glyphosate in accordance with Regulation (EC) No 1107/2009 of the European Parliament and of the Council concerning the placing of plant protection products on the market, and amending the Annex to Implementing Regulation (EU) No 540/2011

The Note DGAL/SDQPV/2016-279 of 31 March 2016 from the French Ministry of Agriculture, Food and Forestry lists the biocontrol products benefiting from a tax rate of 0.1% of of sales revenues instead of 0.2% for conventional products.

This tax is set in the French Order of 9 March 2016 and aims to fund the establishment of  the monitoring system called ‘phytopharmacovigilance’ (PPV)  created by the French law for the future of Agriculture of 13 October 2014. 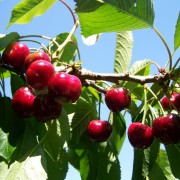 France has therefore confirmed its position and warned that it would not issue any exemption for the use of dimethoate on cherries. Italy and Spain have adopted the same position.

France also indicated that it would use a National emergency measure to ban the import in France of cherries from countries using dimethoate.

These announcements follow the ban of all dimethoate-based products in France last February and the seizure of the European Commission by France end March so as to set up immediate measures for the ban of dimethoate in Europe on fruits and vegetables and for the ban of imported cherries from countries where the substance is authorised.

EFSA, seized in turn by the European Commission, published a statement early April.
Based on the supporting information provided by France and other relevant sources, EFSA concluded that the data were not sufficient to clearly exclude a consumer health risk. A comprehensive review of the existing EU MRLs was recommended to derive a final opinion on possible risks for consumers resulting from residues of dimethoate and its metabolites in food.
EFSA had established a list of data/information that would be required to address the identified gaps and indicated that some of the information required, in particular toxicological data on the relevant metabolites, may have already been submitted to the Rapporteur Member State (RMS) with the supplementary dossier for the renewal of Dimethoate. EFSA recommended to contact the RMS to verify if the required information is already available.

In France, a meeting will be held tomorrow at the Ministry of Agriculture, Food and Forestry with cherry growers representatives to define the production strategy for this season, in particular concrete measures for the protection of cherries.

EFSA Statement of 08 April 2016 : Assessment of the risk to human health through the pesticide active substance dimethoate and its metabolites in food 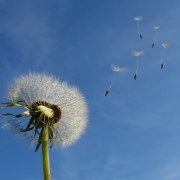 These equipment must be on a list published in the Official Bulletin of the Ministry of Agriculture and Fisheries, regularly updated. Each selected equipment should allow to divide by at least three the risk to aquatic organisms compared to normal conditions of products application.

The following Innovations are listed:

Detailed references are given in the bulletin and photos have been added to facilitate identification of the material.

Order of 12 September 2006 on the placing on the market and use of the products referred to in Article L. 253-1 of the French Rural Code