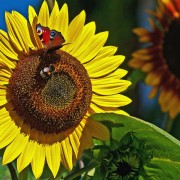 In France, a call for efficient and innovative proposals for the implementation of certain actions of Ecophyto II Plan was launched by the Ministry for Agriculture and the Ministry for the Environment.

It contains 13 types of projects for a total budget of over 5 millions euros.

Notable among the proposed projects: “Promoting and developing biocontrol”.

Call for proposals for Ecophyto II National Plan (in French) 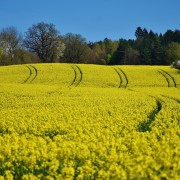 During the Strategic Orientation Committee (COS) of Ecophyto, a new composite indicator was introduced. It includes four components: research and innovation, advising and development, agro-ecological diagnosis, follow-up of the quantity used. It will complement the basket of indicators that already included the historical NODU indicator (Number of unit doses) and a pest pressure indicator.

These indicators will allow the implementation of the CEPP Certificates (plant protection products saving certificates) on July 1, 2016.

This new indicator has been well received by farmers and distributors since it allows to value good agricultural practices of farmers.

However CEPP certificates are still being through controversy since the system of penalties is deemed too complex. 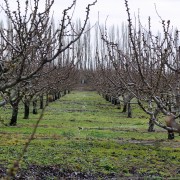 The official website EcophytoPIC on integrated pest management has a new address: http://ecophytopic.fr/

Born in the framework of Ecophyto Plan, the website EcophytoPIC aims to educate professionals in the agricultural sector on IPM, to keep them up to date on the regulatory framework and to change practices in order to reduce the use of plant protection products.

EcophytoPIC website consists of a cross-platform (portal) and 6 branches platforms:

In each of these themes, relevant information is classified into thematic headings (principles and definitions, routes and cropping systems, survey, control methods, material and equipment, calendar, etc.).

– The guidance documents on efficient cropping systems reducing the use of PPPs are finally all available (fruit crops, vegetable crops, tropical crops, arable crops and vines);

– The Plant Health Bulletins are now available in all French overseas departments;

– Presentations from the symposium DEPHY 05/11/2015 are available online. 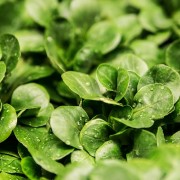 The new version of Ecophyto II Plan was presented by Stéphane LE FOLL, Minister of Agriculture, Food and Forestry, and Government spokesman, on 26 October 2015.

The practical implications of this new plan will be presented at the opening of the Governance Advisory Committee (“Comité consultatif de gouvernance”) of next 4 November.

Launched in France in 2009, Ecophyto I Plan aimed to reduce by 50% the use of PPPs within a period of 10 years, if possible. It was within the framework of the EC Directive 2009/128 on the sustainable use of PPPs and was to be reviewed every five years.

As such, the Prime Minister gave the Member of Parliament (“député”) Dominique Potier a mission to make recommendations for a new version of Ecophyto Plan. The latter submitted its report on December 23, 2014 and Ecophyto II draft Plan was released for public consultation from 8 to 29 June 2015. The consultation received over 4700 contributions from citizens, farmers, agricultural organisations, agrochemical companies, associations for the protection of the environment and consumer advocacy, local authorities.

The new Ecophyto II Plan contains 30 actions built around 6 axes. Lynxee consulting synthesised for you below the most relevant actions for agrochemical companies:

The new plan recalls the establishment of CEPP under the French law for the future of Agriculture of 13 October 2014 and endorsed by the issuance of an Order on 8 October 2015 which organises its experiment.

Distributors (cooperatives and traders), referred to as “forced” (“obligés”), will promote the establishment, on farms, of recognised actions to decrease the use, risks and impacts of PPPs.

Recognised actions should involve as many sectors as possible and be widely disseminated in an educational format. They may for example concern biocontrol products, varieties resistant or tolerant to pests as well as decision tools, advice or investment in hardware to significantly limit or avoid the use of PPPs and the establishment of efficient cropping systems.

If a distributor does not reach the requirements that will have been notified to him for the “CEPP”, he will be subject to a penalty at the end of experimental period.

Accompanying the applications for approval will be strengthened for innovative applications of biocontrol products. More generally, support for investment may be granted in order to promote the emergence of innovative French companies in this field.

The French authorities will ensure better consideration of biocontrol solutions within the framework of European regulation, including working on guidance documents on micro-organisms, pheromones and biological products.

The development of biocontrol solutions will be accompanied for sectors using a lot of agrochemicals but also to help provide solutions for orphan uses and to identify biocontrol solutions, today few, to control weeds, including invasive species challenging agriculture, biodiversity and health.

The use of these solutions will be encouraged by its recognition as an action giving right to “CEPP”.

The list of products remaining usable after the deadlines of “Labbé’s Law” will be established before 1 January 2016, circulated widely and regularly updated.

The analysis from the phytopharmacovigilance data may lead, if necessary, to amend or withdraw the marketing authorisations for PPPs, to propose specific management measures, or to change the guidance documents for the assessment of PPPs in compliance with European regulations. The PPP monitoring system, supported by ANSES, will benefit from a special financing system levied on the turnover of responsible for the placing on the market of PPPs.

It will be proposed to the strategic steering committee to work for the establishment, before 31 December 2015, of a synthetic indicator proportional to the quantities of active substances in PPPs sold weighted by the conditions of use of these products or by their impact on health and the environment (including water and biodiversity). Toxicological values (impact assessed a priori on Human Health) and ecotoxicology (impact assessed a priori on the environment) will be directly usable and accessible to all.

This synthetic indicator will be the unit of account of the “CEPP” and will measure the achievement of the 25% and 50% reduction target of the use of PPPs and the risks and impacts associated with their use.

The monitoring will be complemented by other indicators, as and when they are finalised:

The NODU (“NOmbre de Doses Unitaires” = Number of Unit Doses) and QSA (“Quantité de Substances Actives vendues” = Quantity of active substances sold) will be broken down according to the modes of action of the product (herbicide, fungicide, insecticide, acaricide…) and their category (biocontrol, low risk, organic farming, CMR/T products).

The IFT (Indicateur de Fréquence de Traitement = treatment frequency index) will be maintained as a support tool for measuring and reducing the use of PPPs on the scale of the farm and territories. In continuation of ongoing work, the calculation of IFT “active substance” will be established and reference IFT will be extended to all sectors requiring this indicator.

The risk and impact indicators developed in Ecophyto I plan will be implemented to better measure the toxicity of the PPPs and their effects on health, biodiversity and air quality, and on dynamics of resistance development by pests and weeds, and development of harmful or invasive species. Indicators to characterise health and climate situation, changing cropping patterns and yields will be collected each year in order to contextualise the use of PPPs.

The new plan reaffirms the commitment of France to strengthen restrictions on use and remove as soon as possible products containing substances that are known or strongly suspected to be dangerous to Human Health or biodiversity (including CMR, endocrine disruptors). In particular, France urges the extension process of the European moratorium on all neonicotinoid pesticides.

The Government also seised ANSES in April 2015 asking them to quickly review the work done by the IARC (International Agency for Research on Cancer). The aim is to ensure their inclusion in the on-going  European Assessment of Glyphosate and to allow the French Authorities to propose appropriate measures at the European level when reviewing the draft decision to renew the approval of the substance.

To this end, France will ensure that the changes in the CLP classification (classification, labelling and packaging) of active substances are taken into account without delay as part of the implementation of European regulations on the authorisation of PPPs.

Furthermore the procedures for marketing authorisations will be reviewed so that they incorporate differentiated doses depending on the vegetative stage.

Several measures are set up to support changes prescribed by “Labbé’s Law”:

Pursuant to Regulation (EC) No.1107/2009 which mandates the application by farmers of principles of IPM, IPM standards will be developed in broad partnership, including the support of technical institutes.

The financial resources dedicated to Ecophyto II Plan come from the fee for diffuse pollution (“redevance pour pollutions diffuses = RPD”) paid by users, including farmers, in the purchase of certain PPPs. These resources amount to € 41 million allocated today to ONEMA to finance actions of Ecophyto II Plan.

The envelope will be increased by broadening the base of the fee for diffuse pollution to all active substances classified as carcinogenic, mutagenic and toxic to reproduction Category 2 (CMR 2), by Order of October 6, 2014, representing € 30 million (taken by the water agencies in 2015 and available in 2016).

This increase brings the financial envelope of Ecophyto II Plan from € 41 million to about € 71 million per year from 2016.

The supplementary budget of € 30 million per year will be devoted primarily to the financial support of farmers to enable a significant reduction in the use of PPPs and the risks and impacts associated with them.