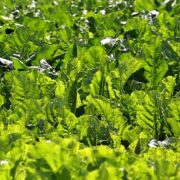 On 28 May 2019, Anses opinion on endocrine-disrupting properties of the active substance epoxiconazole was published and the  withdrawal of marketing authorisations of epoxiconazole-based products was announced.

Epoxiconazole is a fungicide active substance listed as candidate for substitution by Regulation (EU)  2015/408. This substance is persistent and toxic, a suspected carcinogen (C2) and presumed human reproductive toxicant (R1B). The authorisation of epoxiconazole is under evaluation at EU level. A decision should be taken by 30 April 2020.

Further to the adoption of the European legislation on endocrine disruptors in December 2017 and to the implementation of the guidance document on identification published on 5 June 2018, ANSES immediately issued an internal assessment of endocrine-disrupting properties of epoxiconazole.

Based on this evaluation, Anses have concluded that epoxiconazole is an endocrine disruptor for humans and non-target organisms.

For this reason, ANSES has notified the authorisation holders of its intention to withdraw 76 epoxiconazole-based products from the French  market.

ANSES OPINION on endocrine-disrupting properties of epoxiconazole (in French) 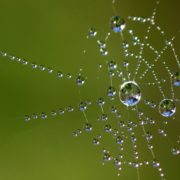 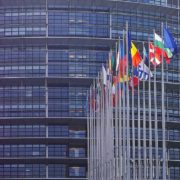 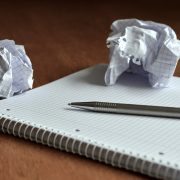 On 4 October 2017, the European Parliament voted to object to the European Commission’s draft regulation setting out criteria for identifying endocrine disruptors in the area of plant protection products (PPPs).

The Parliament objection regards the last paragraph of the draft regulation. The criteria proposed in the draft regulation provide for an exemption, or derogation, from the scope of the criteria for identifying EDCs, for substances that have an ‘intended endocrine mode of action’ (i.e. are deliberately designed to attack an organism’s endocrine system).

The Commission regretted Parliament’s vote, reportedly stating that the derogation had been essential in getting a qualified majority among Member States to support the criteria.

Now the Commission has to withdraw the draft regulation and either submit an amended version, do no further action or submit a new draft regulation. In the meantime, the interim criteria continue to apply.

FRANCE: List of PPPs that may contain Endocrine Disruptors (EDs) 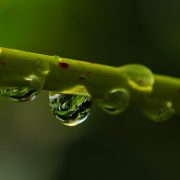 As announced in our post dated 12th July, the list of plant protection products that may contain endocrine disruptor substances has been published in France.

The products listed are products containing one or more active substances included in the impact assessment of the European Commission as falling within the definition as proposed by the European Commission. The definition adopted is broader, including suspected endocrine disrupters, and substances for which endocrine disrupting action is “plausible”.

IMPORTANT: Scientific agencies have not yet conducted detailed work substance by substance to verify their endocrine character based on the definition adopted by the Member States.

Substances can therefore be withdrawn or added to this list. 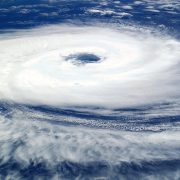 Member States representatives finally voted on July 4th in favour of the European Commission’s proposal on scientific criteria to identify endocrine disruptors in the field of plant protection products. The criteria endorsed concerning substances falling within the plant protection products legislation are based on the World Health Organisation (WHO) definition. They identify known and presumed endocrine disruptors.

The criteria will apply after a short transitional period of 6 months during which the European Chemicals Agency (ECHA) and the European Food Safety Authority (EFSA) – mandated by the Commission – will be finalising a joint guidance document for their implementation.A public consultation is expected in autumn.

As for pesticides and biocides, the Commission will not delay any action and will already apply the criteria to substances for which assessment or re-evaluation is undergoing or for which confirmatory data concerning endocrine properties have been requested.

At French level, in a joint press release issued by the Ministries of Ecological and Solidarity Transition, Solidarity and Health, and Agriculture and Food, the French Government announced additional National measures and a revision of the the National strategy adopted in April 2014 on endocrine disrupters.

Pending the Commission’s assessment of the provisions of the text leading to the exemption of certain substances acting as endocrine disruptors, where concerns are expressed, the Government undertakes to use the procedure laid down by EU law that allows, on the basis of scientific and technical analyses carried out at National level, to prohibit the placing on the French market of products containing these substances.

Among the measures announced, Ministers of the Ecological and Solidarity Transition, Solidarity and Health, and Agriculture and Food, will seize ANSES to conduct a risk assessment of the most widely used products containing these substances.

The list of plant protection products containing at least one substance identified by the Commission as an endocrine disruptor will be published by 14 July.

FRANCE: ANSES Opinion on the definition of endocrine disruptors 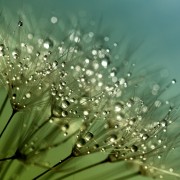 ANSES issued an Opinion on 19 July 2016 to propose criteria for endocrine disruptors (EDs) that can be used to define the French contribution to the ongoing community discussions on this issue.

This review is based firstly on the 4 options defined by the European Commission (EC) in the roadmap on EDs subject to public consultation in 2014. And secondly, it integrates the proposal of criteria for EDs identification that the EC made public on 15 June 2016 as well as several texts proposing a draft amendment to the regulations in force concerning plant protection products and biocidal products.

ANSES considers that the current choice of the EC, only partially corresponding to option 2 leads to identify only the “known” EDs and not the “presumed” EDs. The experts regret that choice. ANSES supports Option 3 that differentiates the concepts “known” EDs, “suspected” EDs and “endocrine active substances”.

The agency also recommends the application of criteria including the weight of evidence, considering that such a system would allow the application of a single classification and a management adapted to the different regulatory frameworks according to the uses and populations.

ANSES emphasizes the need to distinguish the definition and the identification of an ED (either to human health or the environment) which should be conducted by a single body at European level (e.g. ECHA), from the approval procedures for these substances according to their use.